Augvape went back to the drawing board with the design of this RTA.

Augvape’s Boreas V2 is a dual-coil rebuildable atomizer with two tank configurations and side airflow.

The AugVape Boreas V2 tank has been a while coming, with almost a year since the release of the original Boreas.

The new Boreas V2 is a smaller and more compact tank compared to the original one. It has a shorter chimney, shorter air chamber, and a redesigned deck configuration, so basically, Augvape went back to the drawing board with the design of this RTA.

Has their redesign made massive improvement over the original, and how does it stack up to the competition….let’s find out?

The Boreas V2 is delivered in Augvape’s usual packaging of a cardboard tube. Included there is a spare parts pouch, a 510 adapter, and two Pyrex tanks. The first is for a 5 ml configuration, and the second shorter tank is a 2.5 ml configuration.

To change between each tank configuration is an easy process and requires no tools. It’s done simply by screwing/unscrewing the chimney extension between the top of the atomization chamber and the upper ring of the tank. In the 5 ml setup, the atomizer keeps a reasonable height in line with most RTA’s of that capacity, and in the 2.5 ml, it becomes particularly compact almost stealth like tank.

Filling the tank is your standard top cap affair. The top cap is easily unscrewed and reveals the two gigantic openings for the e-liquid, which will fit any bottle top. I would advise shutting off the airflow when filling, to prevent any leaking when the top cap is screwed back on.

The drip tip included is a standard 810, and although it’s slightly knurled, it didn’t bother me too much, and you can always use your own. There is also a 510 adapter provided in the spare parts if you prefer. At the other end of the atomizer, the 510 connection has a positive pin that comes out of the thread enough to allow a safe hybrid connection.

The Boreas V2 is actually a Velocity style deck but does have one slight difference in that the posts are joined to form a sort of wall in the middle not too dissimilar to the Troll RTA. This means there is less space on the deck for the air to go, other than up the chimney to improve flavor quality.

Seeing as it is basically a Velocity style deck, building and coiling on the deck is incredibly easy. The only one thing to note is Augvape have used small Allen screws, which may strip over time, so pay attention when tightening them.

The wick holes are generous with plenty of space for cotton. I find it wicks best if you really fluff out the cotton, and just place the ends in the wick holes, leaving a little space and so they don’t arrive at the very bottom of the holes. It will allow e-liquid to arrive even better, especially if you use a high VG juice and vaping at high wattages. It might take a few goes to get it right, but it’s definitely worth it.

The bottom of the atomizer is in two parts: the build deck with a 510 connection and then the base which holds everything in place. The reason for this particular design I guess is related to the side airflow. The airflow arrives on the side of the coils rather than below. When placing everything back together, you have to make sure you line inlets in the deck up with the tabs in the chamber, then screw the base on to make sure everything is secure. It’s a bit different to most RTA’s, but ultimately it’s pretty simple.

Due to the build deck and alignment of the airflow, this is exclusively a dual coil atomizer. There is no liquid control either, so you have to make sure you get the wicking right to make sure you have no leaks or dry hits. It does leave a good margin of error for wicking, but I did sometimes find when refilling, due to the pressure change I would get some leaking/flooding from the deck.

The originality and perhaps even performance of the Boreas V2 is largely down to the side airflow. In its fully open position, the airflow is very airy, barely restrictive. However, sitting at between 60 to 80W it produced really good flavor with plenty of vapor.

By adjusting the airflow down a quarter turn, it became a slightly more restrictive draw, which was perfect for me. I had it powered at about 50W, and this was where the flavor really popped. I even found it enjoyable at 40W with only two air holes open on the adjustment ring.

The Boreas V2 will probably perform best between the 40 and 70W range. So if you are a vaper looking for higher wattages and bigger clouds, it might not be the best RTA for you. However, I’m struggling to think of another RTA that produced this good a flavor and vapor in those wattage ranges.

Note: All the above was in the 5 ml capacity setup. In shorty mode at 2.5ml, the flavor was even more pronounced.

The Boreas V2 is a very good dual-coil, side airflow RTA. My initial thoughts were due to the original Boreas, and the side airflow this was going to perform best at higher wattages, but I think my sweet spot was in the mid-wattage range, at around 50W. It produced amazing flavor, and if that’s where you like to vape, you will love this RTA.

The only caveat with that, is you need to have a little patience getting the wicking right. It wasn’t the hardest RTA to work with, but it might take a little trial and error to get the best performance.

Having the two tank options is also a bonus, I really liked the compact 2.5 ml setup for its stealthy look and slightly better flavor. However, the trade-off of on flavor but less refilling of the tank means the 5 ml setup is better in practice.

Overall I was extremely impressed with the new Boreas V2 by Augvape. 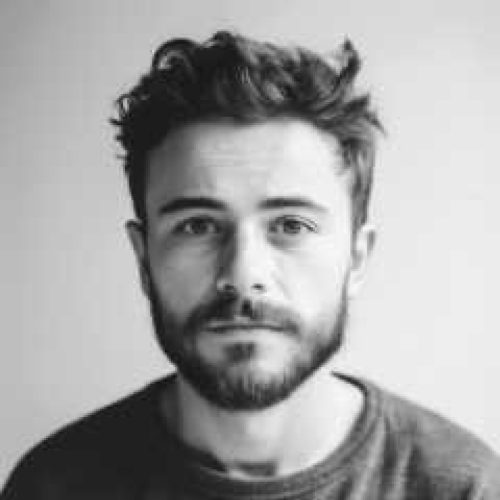 Cristian G
Cristian is not only Vaping Vibe’s resident photographer, he is also one of the most obsessive exotic coil builders. You name it, and Cristian has probably tried to build it and vape it.